Skip to main content
The Sioux City Symphony Orchestra's new streaming service: SCSO.Live. Enjoy all the excitement of the Symphony from wherever you are! It's the next best thing to being there. 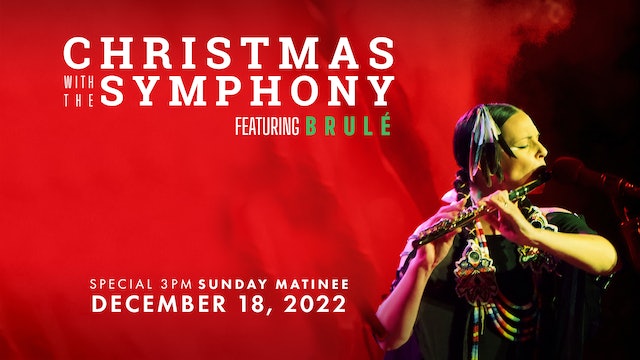 Back by popular demand, the award-winning Native American music group Brulé returns to the Orpheum stage and joins the Sioux City Symphony Orchestra in this year’s thrilling Christmas with the Symphony special feature! Brulé is best known for exciting audiences with the unique combination of cultural rock and theatrical instrumentations. The group is one of the top-selling Native American adult/rock music groups and has sold well over one million records worldwide. Brulé has released 21 titles in 20 years and has been named “Group of the Year” five times by the prestigious Native American Music Awards, earning seven NAMMYs since 2002.